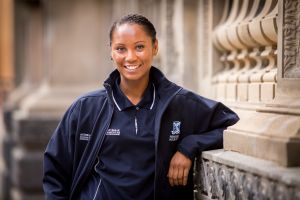 Kelsey is an Aboriginal woman, whose mother is Yamitji from Perth, WA and father of African American descent from the Delta. Kelsey has lived in the USA as well as the Pacific due to her father’s military career.

Kelsey received her Associates Degree in Criminal Justice and would later receive her Bachelor in Anthropology with a concentration in Sociology. Kelsey has a passion for promoting opportunities to Aboriginal and Torres Strait Islander people as well as people of colour in general. In 2017 she joined Murrup Barak team as the Indigenous Outreach Officer where she gets to travel the country and live out her passion.